Day 11. Beauty In The Creative Process 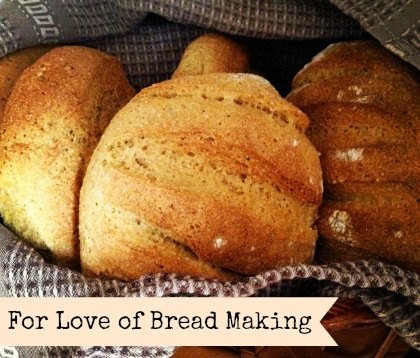 I once read a story of a Baker who loved to make bread. He was an artisan in his craft. Because he worked the dough himself, from start to finish, he could only produce a few dozen loaves in a day. Because he had time to be creative in his bread-making, his bread became more and more popular.

Soon people were clamoring for him to expand his business. He kept saying no as that would mean taking his work into a whole different dimension. I felt bad for him, because here was a man doing what he loved, and doing only enough so that he could still love what he did each day.

To take it to an assembly line would have taken the artistry out of his baking. And the joy of actually working with his hands in the dough would have been traded for turning machinery buttons on and off. Some may call that progress, but is it?

Oscar Wilde says that every portrait painted with feeling is a portrait of the artist, not of the sitter. The artist in this instance is this passionate baker, and the portrait his loaves of bread. I might be romantic here, but perhaps that's why the customers begged for more... he poured his love of working with flour and yeast and dough into each loaf. Every loaf was a unique expression of himself -- not exactly the same shape or even with the exact same ingredients, because he could change his mind and add raisins without ruining a truckload of flour. You can't get that in mass production!

Mass production and creativity don't usually live on the same street. Artistry takes time. Enjoying the process takes time too. We may be tempted, even pushed into doing more and making it bigger. But more is not always better. Not if we trade in our God-given creativity and the ability to be original. To truly enjoy our work and to find pleasure in the process, not just the end result.

I've often wondered about that artisan-baker. I hope he never traded in the joy of using his hands to make bread for an increase in production of his product. I believe not only he would have suffered as a person, but everyone who bought his bread would have been disappointed in the end too.