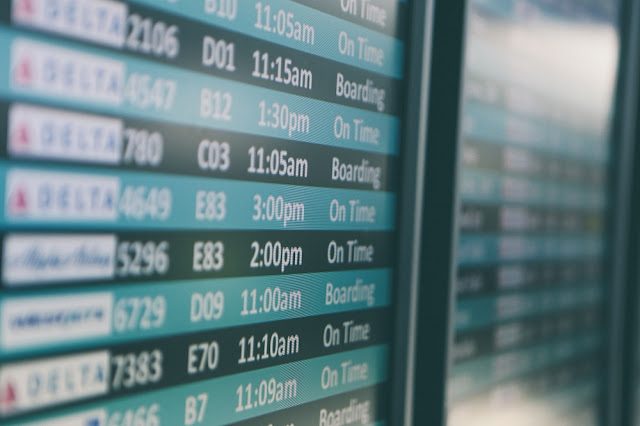 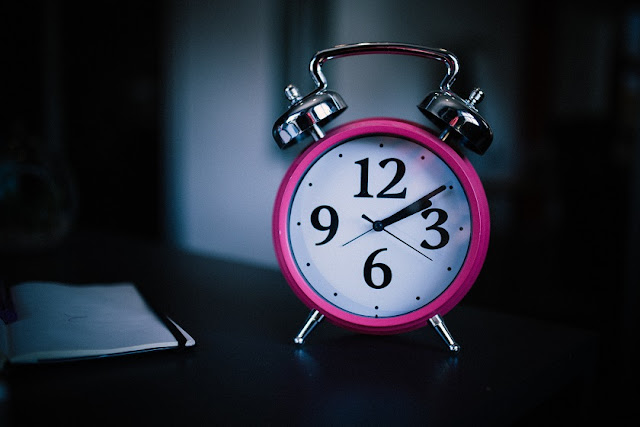 I've got a question for you today: What is your understanding of "We're leaving at two o'clock"?

When you plan an outing with your spouse and you decide a time when you are leaving, say two o'clock, does that mean you are in the car backing out of your driveway at two o'clock? Does it mean you're at the front door putting on your coat and shoes, shutting off the lights, checking for your keys? Or, does it mean at two o'clock you're gathering the stuff you need to take, brushing your teeth, taking a last drink of water, looking for Kleenex for your purse, making sure the iron is off?

I'd love to hear your thoughts about it; I don't have time to share mine at present for sister-in-law is coming this morning and we have to leave for the airport at 10:45 am -- as in we are in the car backing it out of the garage at that time.

The reason I ask this is that I finally realized Hubby and I have 'different' clocks by which we run our lives, but I think I've uncovered a key to understanding it. Stay tuned for more in the next post. 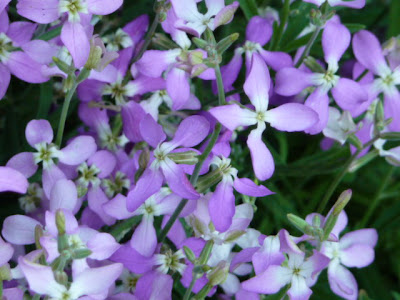 Aha.... you probably think I'm feeling a bit 'grey' this Monday morning. Waking up to yet another overcast, dull dawn, I have to admit the thought did cross my mind to just pull the covers back over my head.

But one of my faithful affirmations that always help me get back on track sprang unbidden to mind, "I choose to wake up with vitality and good humour."  Funny how it starts to do its work just to say it. So I hop out of bed, make a pot of coffee, and decide to enjoy my day as if the skies were blue and the sun was shining.

Wanting to add some color to my posting, I found the picture of what my evening scented stocks look like this summer. They were my 'gift from heaven' as a huge patch self-seeded and unexpectedly filled a corner in the garden. Evening scented stocks aren't much to look at during the daytime, but when they open their tiny blossoms and let the evening breezes catch their scent, they more than make up for their reason for being!

On that note, I best be off....
here's wishing you a joy-scented day! 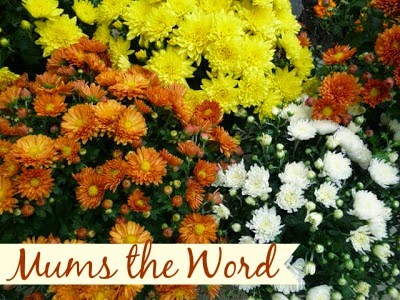 They said that cool air was rolling in -- 'they' being our weather forecasters.

Sure enough, this morning we woke to a misty, foggy day. Which made me think of being on the west coast in British Columbia. Atmosphere thick with moisture not quite rain and a crispness to the air that makes me think of freshly picked apples baking with hints of cinnamon, raisins, and brown sugar.

A further prelude of the coming season includes the sighting of the neighbor's yard towering with sunflowers 'as high as an elephant's eye'. Much as I enjoy the soft pastels of spring and the brighter hues of summer, there is something I especially love about the bold oranges, golds, and bronzes of autumn. I love these hints beginning to appear as we head towards this time of year.

Hence, when I saw the first displays of fall chrysanthemums at the local market, I knew pots of them were coming home with me. Scraggly patches, where earlier flowers once bloomed so prettily, now need filling in.

Mr. Oliver Wendell Holmes makes mention of this time of year -- it's similar to the way it often unfolds in our corner of the world.....


The foliage has been losing its freshness through the month of August, and here and there a yellow leaf shows itself like the first gray hair amidst the locks of a beauty who has seen one season too many.... September is dressing herself in showy dahlias and splendid marigolds and starry zinnias. October, the extravagant sister, has ordered an immense amount of the most gorgeous forest tapestry for her grand reception. ~ Oliver Wendell Holmes

Today I celebrate the foggy, foggy dew and my gold and bronzy blooms.

Friendship, Chocolate and A Birdie 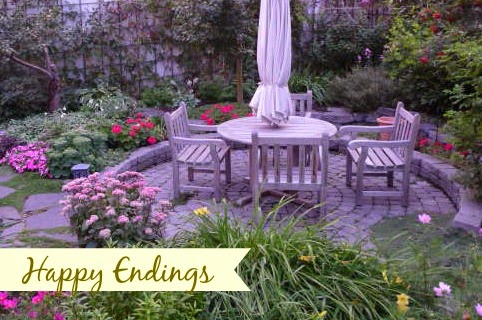 A long time friend came for a visit today. We shared a simple lunch of lentil soup and crusty buns, topped off with a tray of fresh fruit dipped in warm chocolate fudge sauce. That was yum!

Later, we stepped out into the garden for a little tour. Alas, we found a little bird caught with his head inside one of the feeders. I wondered why he didn't move when we came past, and then realized that, with all the rain we've had over the past few days, the bird seed had clumped together. So, when the little feathered fellow reached in for a seed, somehow the hardened clump lodged down and his head got caught between.

We took great joy in watching watch him whisk off when he was freed. I wonder if he'll ever come back here. SO thankful we saw him in time. 'Specially after we saw his little eyes blinking at us. (A lesson learned... keep an eye on the feeders after it rains.)

'Twas a happy ending... and a lovely day all 'round.