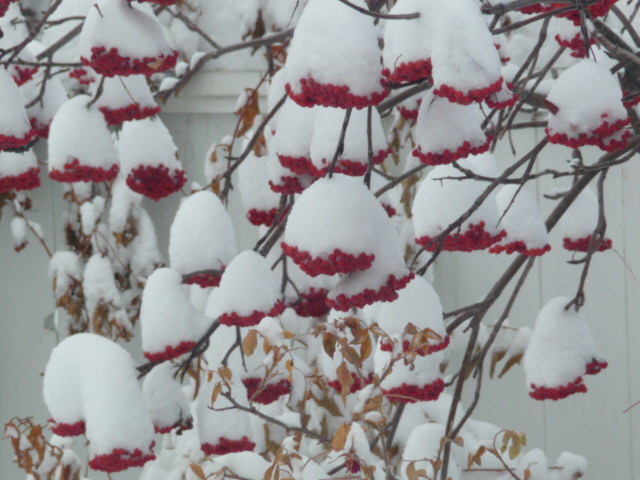 I love how the berry clusters on our mountain ash caught the snow -- they look like little woolen toques trimmed in red.  Since we're still digging ourselves out from our huge snowfall, I thought I'd hunt up some snow quotes... found the following at thinkexist.com.

"Sunshine is delicious, rain is refreshing,
wind braces us up, snow is exhilarating;
there is really no such thing as bad weather,
only different kinds of good weather."
~ John Ruskin


When it snows, you have two choices:
shovel or make snow angels.
~ Unknown


"Kindness is like snow
~ it beautifies everything it covers."
~ Unknown


"The future lies before you
like paths of pure white snow.
Be careful how you tread it,
for every step will show."
~ Unknown


"Advice is like snow; the softer it falls,
the longer it dwells upon,
and the deeper it sinks into, the mind."
~ Samuel Taylor Coleridge 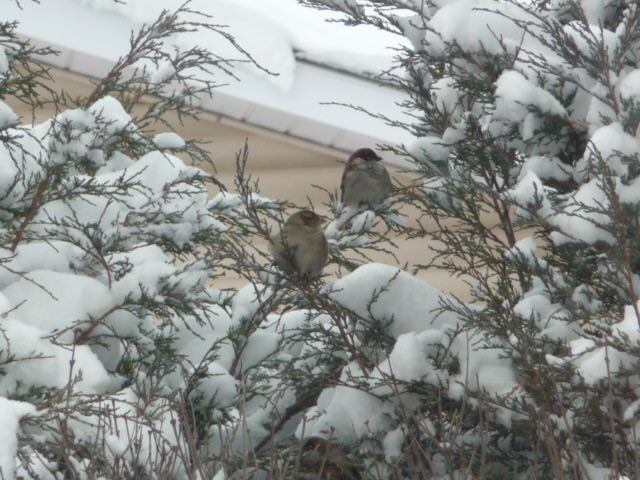 Savoring the peacefulness of this snow-muffled Sunday, 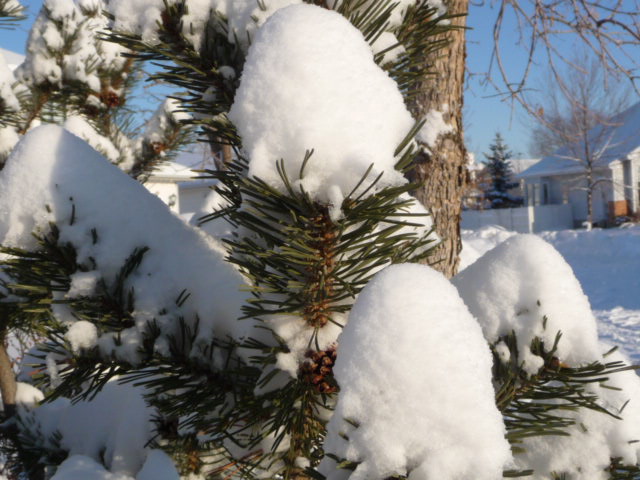 Did I mention that it's SNOWING today? Early this morning I donned my heavy knit jacket and headed out the door, shovel in hand, to dig out the bird feeders. Everything is snowed under today. Thankfully it's not blustering so it was delightful to be outside a few minutes. I could hear the chickadees in the trees -- methinks they were saying thanks for digging out their breakfast trays!

I'm still in jammies and fuzzy slippers and I feel a cooking spree coming on. It's a great day for serving up steaming bowls of hearty vegetable beef soup and warm crusty bread. In that case, I best go gather the ingredients and trip my fuzzy-slippered feet to the kitchen.

Wishing you pleasant hours whatever you're up to today!
Brenda 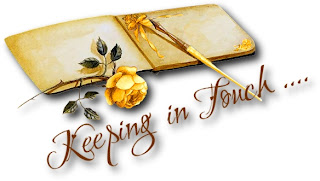 ~ quote found inside a journal notebook

It was Monday and now it's Friday.  No, I didn't sleep through the week like Van Winkle, but it certainly flew by in a wink!  Haven't been blogging this week because I really wanted to focus on getting my Christmas stuff put away and putting some order back into my basement and office (the two places that seem to get out order the quickest).

They've been predicting snow blizzards and dropping temperatures around here this weekend, so I'm heading out the door to take advantage of the yet-warmer climes to stock up on groceries and add some new things to my library pile.

Miss Kitty and I took a trip to the vet's this morning for her blood work. No other cats there today, just lots of happy dogs who don't seem to mind the vets --- after all it's great place to socialize.

Met two beautiful standard poodles (Snow and Caeser), a gorgeous black/brown German shepherd named Major, a chubby little black pug who even though she doesn't have much of a nose was quite nosy (as her human pointed out), and a large bull/mastiff female who thought she'd like to crawl on the bench and sit down beside me (only there wasn't room enough for her large self).

Miss Kitty remained quiet in her carrier as we waited... there was no way she was messing with those dogs.

Enjoy your day... and your weekend!
Brenda 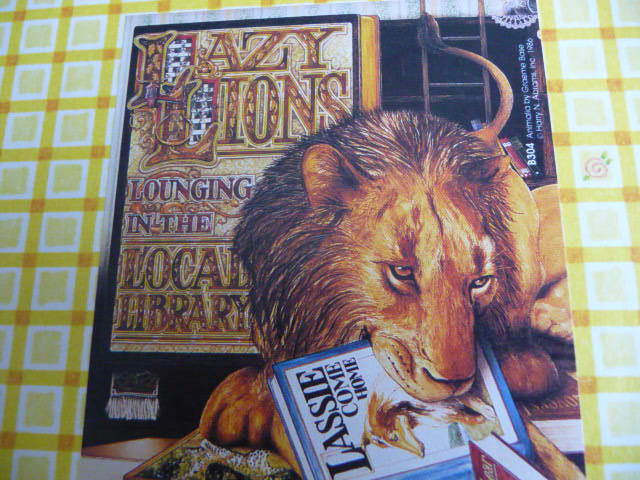 Woke up this morning feeling lazy.... it turns out the world around me seems to feel that way too.  No sign of the sun, not even a yawn at dawn. The weather report predicts snow, but from the peek out my window, even the snowflakes drifting down seem quite lethargic -- don't see any real effort to shore up those predictions!

And moi?  Well, there's no way I'm messing with that lazy feeling either. I went in search of a bookplate I knew I had in one of my hardcover books as it fits the languidness of the day. I love alliteration, and so the rhythm of this phrase has always pleased me:

Other than the plan to make a rich in-the-oven stew that slowly simmers over several hours for our dinner tonight, I'm joining those other lazy lions lounging in the local library -- meaning reading my own books by my own fireside.

Wishing you an enjoyable day, whatever shape it takes!
Brenda
xox


"And I said to the man who stood at the gate of the year: Give me a light that I may tread safely into the unknown. And he replied: Go out into the darkness and put your hand into the hand of God. That shall be to you better than light, and safer than a known way." ~ Minnie L. Haskins


One thing I am certain of whatever unfolds ... I continue to have the confidence that the same God who brought me through the ups and downs of the past decade has not gone into retirement, so I choose to place my trust in His Faithful Ability to help me walk joyfully and with peace of heart into this brand new decade, this brand New Year.

Wishing you all a very Happy New Year!