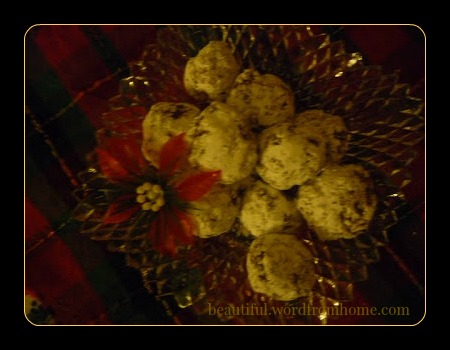 "The children were nestled all snug in their beds while
visions of sugar plums danced in their head."


As a little girl, I loved Clement Moore's poem 'Twas the Night Before Christmas. There was just so much scope for the imagination in each stanza. I certainly could see the cherry nose and the belly shaking like a bowl full of cherry jelly. However, I must admit I could never quite envision a sugar plum. We didn't have such treats in our holiday traditions. Were they plums with sugar sprinkled on them? I just couldn't see that being the case. I mean, kids like me were dreaming about them; surely they'd be more exciting and exotic than that!

One day, all these years later, I finally went in search of a recipe -- what exactly was a sugar plum? Oh my, there were so many recipes; I finally settled on one a fellow blogger said had originally been in Saveur Magazine.

I gathered the ingredients. Set out the bowls of fruit and nuts and powdered sugar, not forgetting the spices. The end result was delicious and well worth the effort. Certainly worth dreamin' about. 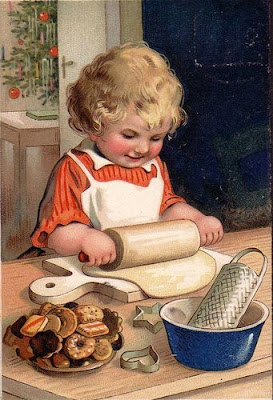 Store in single layers between wax paper in airtight containers
in the refrigerator, up to one month.
Except, they're so yummy with tea you won't have to worry about them getting stale!


Please note: In the original recipe, the icing sugar was not meant to be included in the mixture; it was meant to coat the balls, once formed. But, as I didn't read the recipe properly (oops), I added the icing sugar in with the rest of the ingredients. It didn't seem to hurt the texture as they still rolled really well, and they were still quite a toothsome delectable.


After all that, hopefully I'll have my own sugar plum dreams tonight.