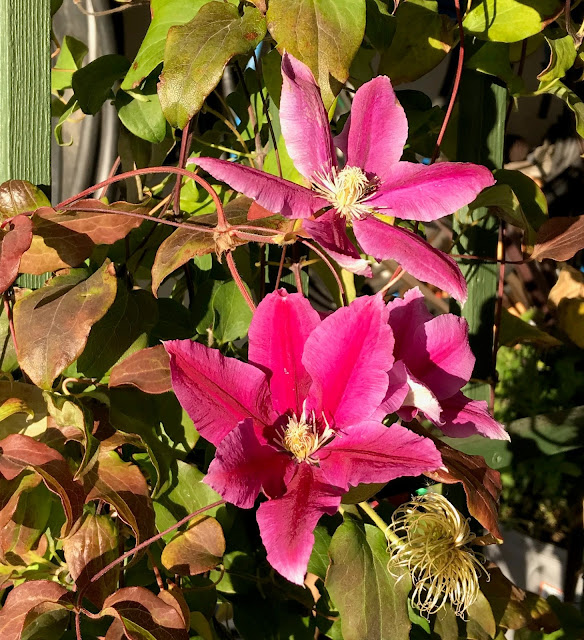 "Everything is not gone yet."
RICHARD JEFFERIES, 'Just Before Winter', 1889
It's rather unspectacular as sentences go, I know, but my attention was caught as if in a spidery web when I read the line—it wouldn't let me go. I've been slow reading through an Autumn anthology these past weeks, a collection of seasonal essays and poems from authors old and current. I like dipping into the writings of nature enthusiasts; they help fill my thoughts with sensory imagery when I can't get out to explore the natural world for myself. So there I was enjoying Mr. Jefferies' observations as the Autumn of 1889 drew to a close on his English countryside. I was drawn into his notes that the chill winds crept along harvested fields and whistled through bare branches, when he suddenly noted that 'everything is not gone yet'. He'd discovered singular plants in sheltered spaces tenaciously hanging onto summer in spite of the brittle autumn air.
I, too, am surprised.... and elated to see what still blooms in our own garden even though it's the end of October. We've had no killing frosts or snow so far, which is somewhat unusual for northerly Alberta. Instead we've had two glorious months of autumn's changing beauty with gradually cooling temperatures and none of the kind we're more used to—where one day it feels like late summer only to wake the next morning to the biting teeth of winter, yes, sometimes as early as September. But not this year.
A quick stroll through the garden gave me these simple pleasures: the clematis opening new blooms on her trellis, Peace Rose setting fresh rosebuds, our potted strawberry plant with ripening berries alongside new blossoms, bright pink geraniums along the walkway, and a tiny fistful of fragrant carnations, all nestled against the backdrop of burnished leaves, fallen berries, and leafless limbs. 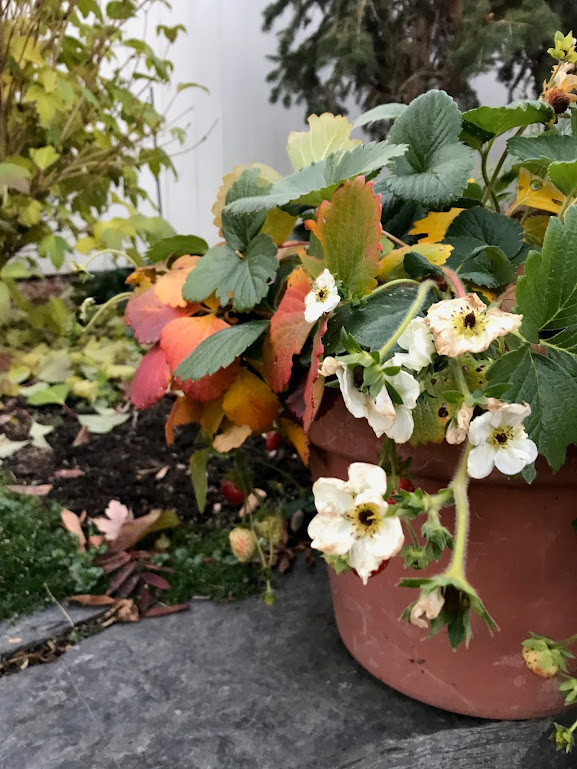 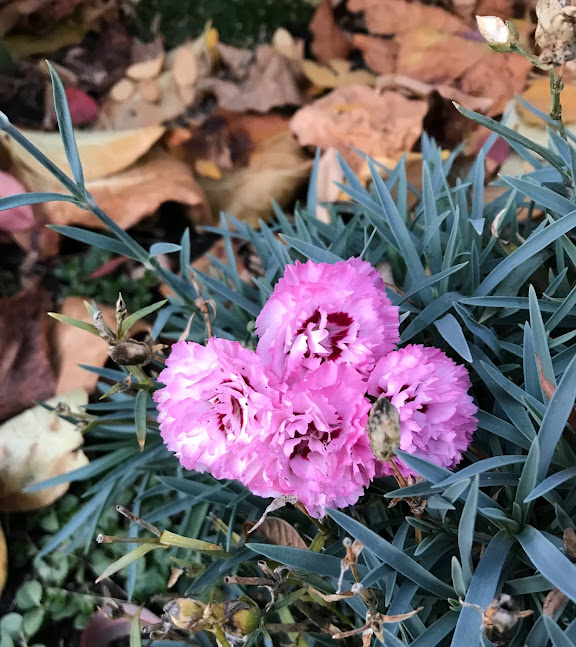 " There's a whole world out there, right outside your window.
Don't be a fool and miss it. "
CHARLOTTE ERIKSSON 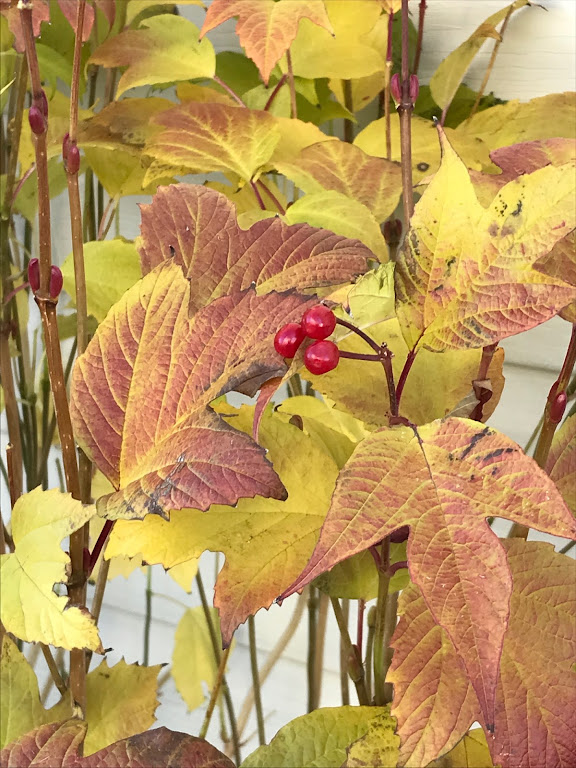 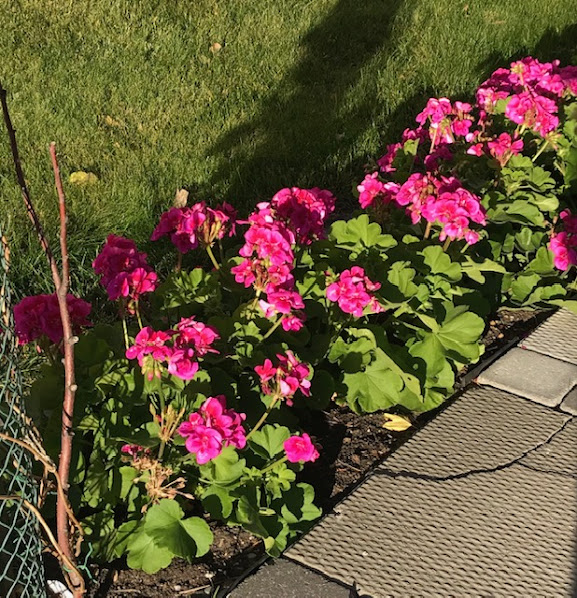 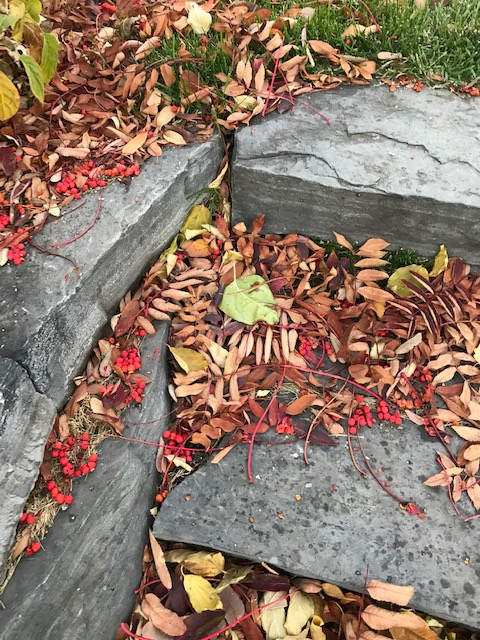 I won't tell you what the weatherman forecasts as we begin a new month. As for today, I'm taking my delight in these remnants . . . everything is not gone yet.
* * *
I'm wishing you a beautiful week ahead,
Brenda
Photos in this post are mine
♥ By Brenda @ Its A Beautiful Life at October 31, 2021