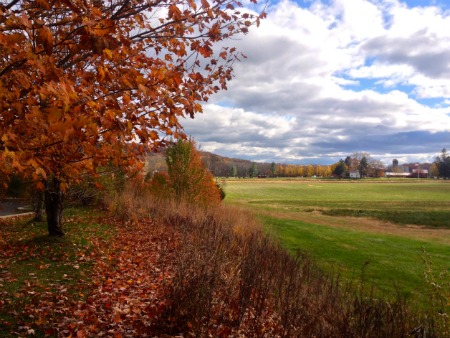 "In the village store someone says, 'I heard the geese go over,'
and there is a moment of silence.
Why this is so moving, I do not know. But we all feel it."
~ Gladys Taber

It's such a beautiful morning. Although the sun is shining and the temperature is quite mild, you can tell Autumn will soon begin her beguiling artistry in earnest. Hubby is working out in the garden digging up roots from old trees we had taken down last year. The birds flit around him as they zig and zag from tree to shrub to fence post. A few bees happily buzz amongst the 'Autumn Joy' sedum stems now in flower, and a peacefulness settles on the neighbourhood.

I should be out there too planting some bulbs for spring -- tulips and daffodils and grape hyacinths. But I'm off to my hairdresser's shortly. Don't want to go there with my fingernails all dark with garden dirt. Not that there's anything wrong with good garden dirt, but you know... . So the bulb planting will wait until tomorrow.

Now onto something I'm a little excited to share with you today ...

While we were in England this past July, I found out Britain's Royal Mail was issuing commemorative stamps this year for two very special women, both of whom I admire greatly: Agatha Christie and Beatrix Potter. So when I got back to Canada I did an online search at their website to see if non-residents can order stamps online. And, yes! we can.

Today I just ordered my set of six commemorative postage stamps marking not just the centenary since Agatha Christie published her first crime novel, The Mysterious Affair at Styles, but also the 40th anniversary of her death. Released just today, Royal Mail says it's 'a stamp issue that’s full of intrigue'. You can read all about it here. And, if you want to read more about Dame Agatha's debut novel, click here.

"Instinct is a marvelous thing. It can neither be explained nor ignored."
Hercule Poirot, The Mysterious Affair at Styles 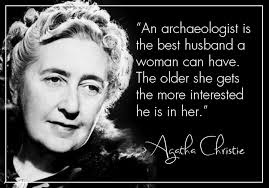 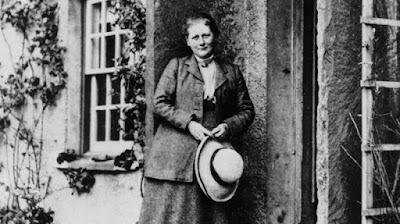 I also ordered the Beatrix Potter stamps which were released by Royal Mail earlier this summer to mark the author's 150th anniversary. Helen Beatrix Potter was an English writer, illustrator, natural scientist and conservationist; she was best known for her children's books featuring animals, such as those in The Tale of Peter Rabbit.

Aren't these just the cutest stamps? If I lived in England I'd being buying rolls of them, and I'd be sending out cards and letters to everyone I could think of, just so I could use these.

Who's your favourite character?  I loved Mrs. Tiggly Winkle. 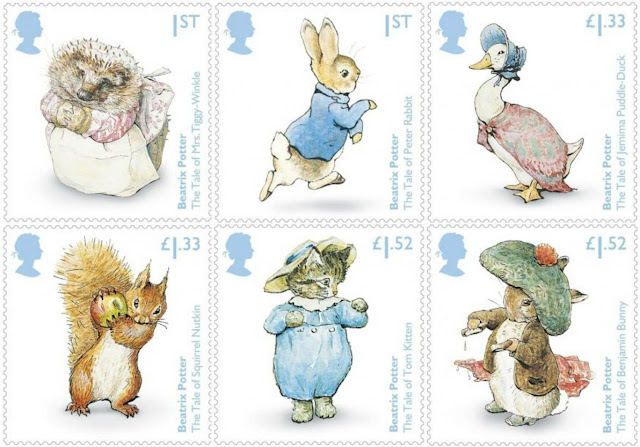 "There is something quite delicious about writing the first words of a story.
You never quite know where they will take you."
~ Beatrix Potter


If you are a follower of Susan Branch you will no doubt be aware that she is hosting a very special BYO picnic in England this coming weekend to celebrate Miss Potter's 150th birthday. She and Joe have been traveling by ship this week and will be landing in Southampton tomorrow.

The picnic is being held at Stourhead, Wiltshire at High Noon, on Sunday, September 18th, near the grass bridge. 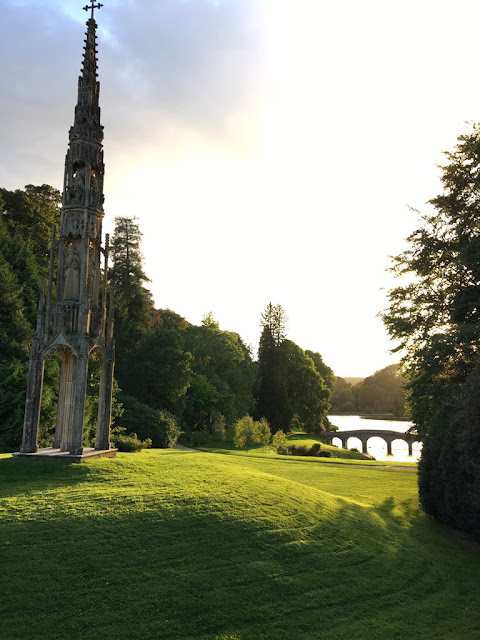 There it is -- the grass bridge where the picnic will be on Sunday
Photo: Susan Branch, Twitter feed


In her recent post, Susan says, "Our picnic is going to be a world thing ~ kindred spirits are coming from everywhere. We’ll be toasting Beatrix Potter’s 150th birthday ~ the invitation was extended through the Beatrix Potter Society’s wonderful (free) online newsletter called Pottering About. And if you can’t make it? That’s what I’m for. Pictures will be here waiting for you."

Are any of her blogging girlfriends going to be there in person? I won't be there in the flesh, but I'll certainly be there in spirit, celebrating along with her and everyone there.

On that note, I'm wishing you a beautiful day.