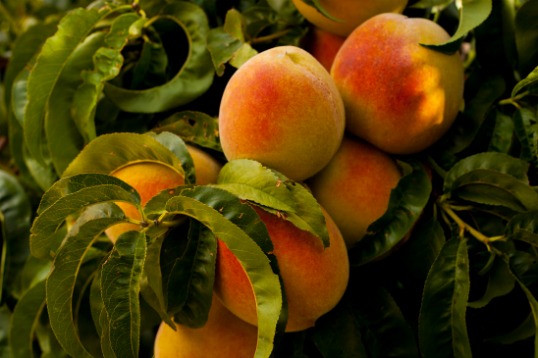 
Such a warm summer day. Hot, but not so blistering as to make your cheeks melt on the sidewalk. There is something in the air that reminds me of being a kid on such a day. The kind of summer afternoon when the hardest decision is whether to have the grape, the orange, or the pink Popsicle, and then slurping it as fast as you can so it won't dribble down your arm. Or, eating huge slices of watermelon, making happy faces with your slice, and then engaging in a seed spitting contest with your siblings. Outside! My mom was known to say, don't let that drip on the floor.

Oh, the sweetness of those carefree, old memories.

On such a day then, it certainly needs a little something special for supper to celebrate the day. Chops on the BBQ, dilled baby potatoes roasted in foil, salad with a cilantro-onion dressing. And, something cool and refreshing for dessert. What about heaps of fresh peaches on a cream cheese base and a graham wafer crust?

Don't tell anyone but we had a little mishap earlier this afternoon while making the dessert. Needing to bake the graham crust in the oven for a few minutes, when I took it from the oven the pie dish slipped out of my hands and dumped out onto the floor. Yikes! We got that hot pile of crumbs cleaned up and then started over; the second time was a success. And, no, we did not consider the five second rule to scoop it back into the pie plate. 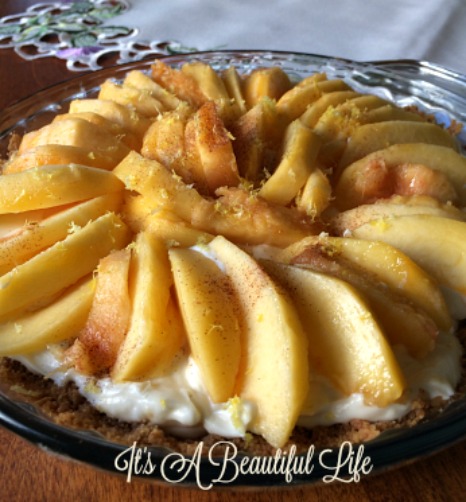 3 or 4 ripe peaches or nectarines

Thinly slice peaches. Layer fruit on top of the chilled cheese filling.
Sprinkle lightly with lemon zest and a hint of cinnamon (optional). 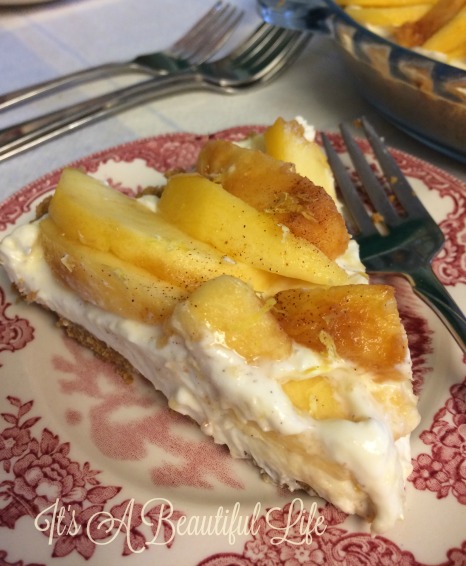 I hope you've had a wonderful day. It's dusk as I write this.
Here's wishing you a pleasant summer's eve.
Brenda
xox