"Pay attention to your dreams - God's angels often speak
directly to our hearts when we are asleep."
EILEEN ELIAS FREEMAN


Have you ever had a dream where you felt that God was speaking to you through it? Well, I am of the opinion this is what happened to me early yesterday morning. Around 5:30 a.m., I woke up from a dream so vivid—someone kept calling my name over and over. The voice wasn't urgent but it was insistent. It took me a moment to realize the voice I heard was in my dream. Now fully awake, I looked out my bedroom window, which faces westerly, astonished to see the sky ablaze with such bold pink colours!

These are what my camera caught in real life....no touch ups! 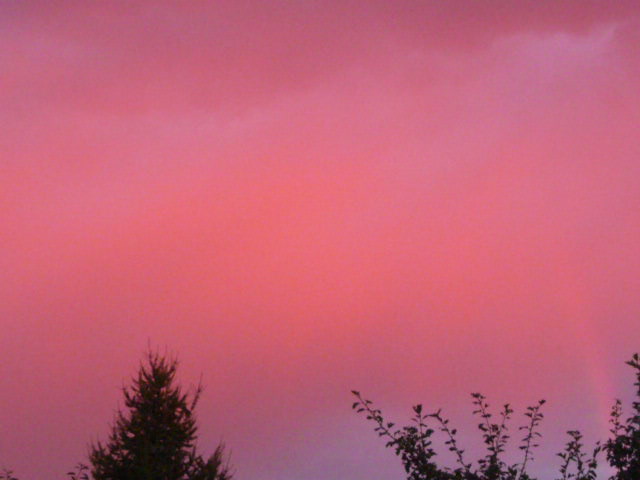 I grabbed my camera and went outside. I took photos from my back deck and then went flying out into my front yard. In the midst of all this wildly pink sky, a smattering of rain was falling and then I saw a rainbow forming. 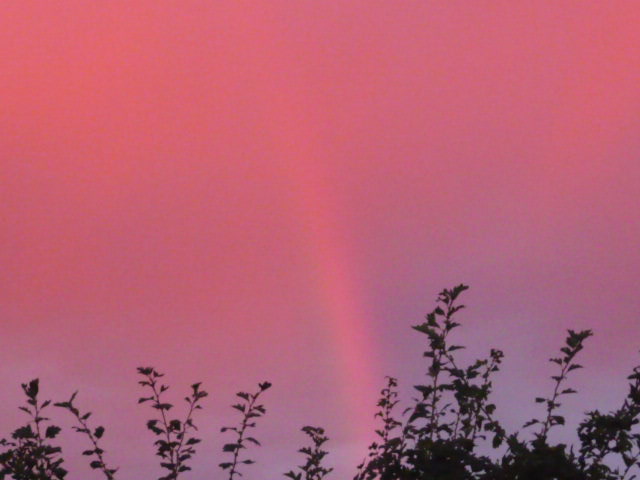 Although I couldn't get it all on my camera, a complete rainbow formed right over top my neighbourhood. Then a second one began to form alongside the first one. I watched in awe. 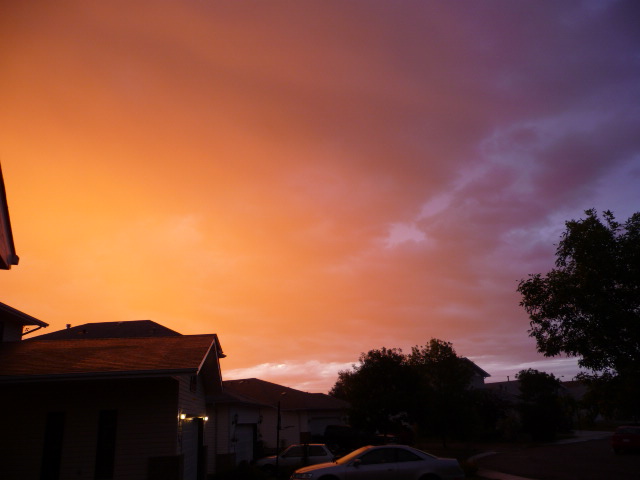 View to the east - definitely more gold and orange here

It was also interesting to note that about 20 minutes later there wasn't a trace of any of this glorious painting in the sky. It was as if the sun had gone back to bed and the curtain had fallen on the glory; all that remained were early dawn grey cloudy skies.


Now you may ask what God was saying to me in all this. I'm not sure, except to watch this wondrous work of nature unfold in front of my eyes, I felt so alive and so aware of Him in that moment. I shall never forget it.

Wishing you glimpses of heaven in unexpected places,