Friday Offerings of This and That 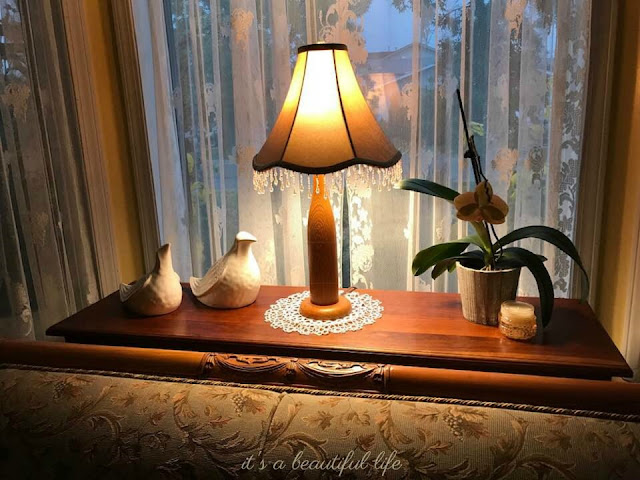 The week flew by and the time I meant to spend creating a new post was used elsewhere -- now it's Friday morning and my draft sits empty of words. I'm sorry for it, but at the same time, I am happy to say that spots in the garden are tidied up after that unexpected snow we had last week, my house is clean and ready for guests arriving on the weekend, and the refrigerator is standing by with a big pot of homemade beef and barley soup for lunch when they arrive. It feels good.

An empty draft means at this moment I having nothing to offer you. Which makes me feel a little sad. But as I stop to consider that an empty space can be open to all sorts of possibilities, I feel a glimmer of excitement instead. Just a glimmer, mind you. It's a little like when unexpected company arrives at your house. As the hostess, you frantically thinks about what you might have in your nearly empty pantry or freezer that could turn a dining table into something warm and welcoming. My youngest sister confided recently that she actually enjoys those unexpected occasions, where she has learned to turn those first moments of panic into the challenge of looking around to see what she can make from the little she may have on hand. She's amazed at how creative she becomes: A tin of this and a plate of that, along with a quick recipe of biscuits or muffins, and suddenly a simple bite to eat becomes a feast.

None of us really minds what's set in front of us at times like that -- it's about being in the company of others, whether friends, family, neighbours, even complete strangers. The spur of the moment creates a sense of release from expectation -- we must take it as it is. We can probably all relate to the giddy relief of offering what we have and not fretting about what we don't have.

So, I look around this morning to see what little things I might have at the ready that might make a satisfying repast -- a little of this and a little of that to create something nice for you to read and, hopefully, make you glad you stopped by.

Let's start with the photo above. I took it a few days ago when I rearranged the nook in the bay window. I no longer have my little fig tree with the twinkle lights to brighten a dull day, and I wondered how to make it feel cozy as the days start to grow shorter and darker. I love how it creates an ambience of peacefulness, comfort, and cheer. I love to know it's there waiting for me when I come into the room. It'll be perfect for the season ahead. 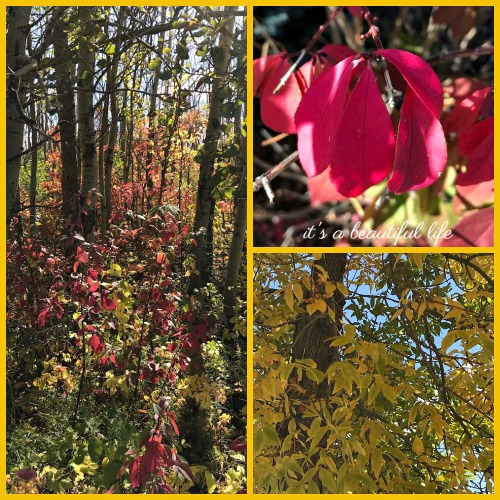 "And all at once summer collapsed into fall."
~ Oscar Wilde

It was storybook autumn yesterday. I went for my walk in the neighbourhood. It was so gorgeous. Cool crispness to the air. Leaves falling overhead. Squirrels chattering in the trees. Streets strewn with leaves that were just so much fun to crunch through. My friend said he caught the nuthatches yesterday stuffing seeds into the brick siding of his house. What fun!

I live in the middle of the city, but there is a tiny corner patch of woods just up the street. It creates a feeling of being out in nature's wilderness -- that patch of trees in the left photo was taken while I was standing on the city sidewalk. I'm so blessed to have such beauty so close at hand. 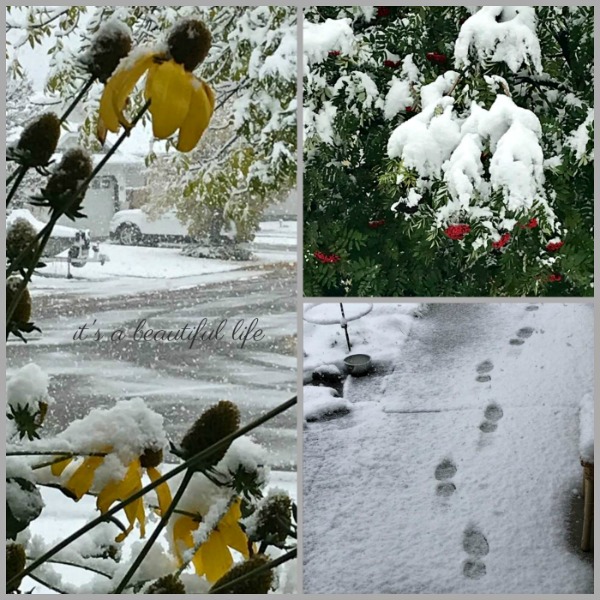 "Winter is fighting to hang on to its first grip of the season.
Yet you can see the beauty of summer struggling to hold on.
Life in its fullness!"
~ Cindy W., Facebook friend


Then, there was this. I woke up early this morning to find a storybook winter wonderland. Except it's not winter and so it didn't really feel fairy tale. In our yard it's still very much summer. Although autumn is definitely in the air and many trees in the neighbourhood have been turning red and gold, ours are still green, full, and leafy. The weight of the heavy snows weighs on my own shoulders as I fret that tree boughs will break if it keeps this up before the leaves have a chance to drop.

The weather is acting strangely, but we remind ourselves that we've had snow in September other years, with Autumn often returning. I do remember, though, as a girl the very first time I experienced snow arriving in September. A queer oddity. My young dad hadn't even harvested the crops off the fields. It felt troublesome to my young heart. What a sight to see the unharvested swathes laying like bodies under the snow in the fields. That year winter set in with a vengeance and we missed autumn entirely.

This afternoon, we drove past a school yard just as kids were getting out of school. Such a flurry of activity. You should have seen the snow balls flying. It was perfect for snowmen and kids were having great fun on their way home. It made me smile for the joy of it.

Have you heard? The long awaited Downton Abbey movie is being filmed at Highclere Castle, and now there are actual release dates: September 2019 . . . first in UK cinemas and then in USA. And, no, it won't be on television but it's coming out in the theatres. You can read more HERE. I'm sure hoping it shows in Canada.


My favourite quote this week

"Gratitude turns what we have into enough."
~ as seen on Sew Me Something Good


My Christmas book wish list is growing. Several books haven't been released yet -- they will be coming out this fall. As you are probably wondering what's on my list, here it is so far: 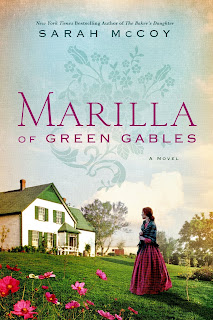 Marilla of Green Gables
by Sarah McCoy (novel)
To be released October 23, 2018


"... an entertaining and moving historical novel, set in rural Prince Edward Island in the nineteenth century, that imagines the young life of spinster Marilla Cuthbert, and the choices that will open her life to the possibility of heartbreak—and unimaginable greatness."  I'm definitely interested. 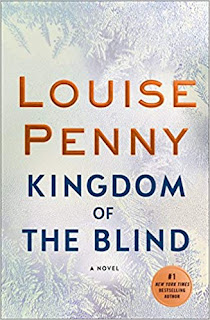 Kingdom of the Blind
by Louise Penny (novel)
To be released November 27, 2018

"When a peculiar letter arrives inviting Armand Gamache to an abandoned farmhouse, the former head of the Sûreté du Québec discovers that a complete stranger has named him one of the executors of her will. Still on suspension, and frankly curious, Gamache accepts and soon learns that the other two executors are Myrna Landers, the bookseller from Three Pines, and a young builder. ..." 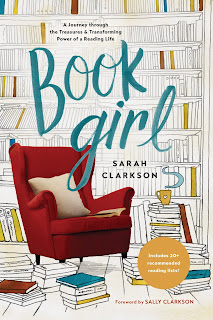 Book Girl
by Sarah Clarkson
Was released in September 2018

"Books were always Sarah Clarkson’s delight. Raised in the company of the lively Anne of Green Gables, the brave Pevensie children of Narnia, and the wise Austen heroines, she discovered reading early on as a daily gift, a way of encountering the world in all its wonder. But what she came to realize as an adult was just how powerfully books had shaped her as a woman to live a story within that world, to be a lifelong learner, to grasp hope in struggle, and to create and act with courage."

Any true book girl is going to want to read this book. Maybe this book girl won't be able to wait till Christmas to get a copy. 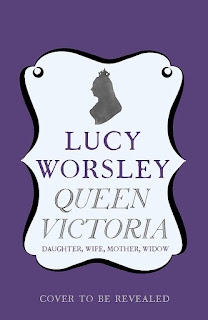 "As well as a queen, Victoria was a daughter, a wife, a mother and a widow, and at each of these steps along life's journey she was expected to conform to what society demanded of a woman. On the face of it, she was deeply conservative. But if you look at her actions rather than her words, she was in fact tearing up the rule book for how to be female. // By looking at the detail of twenty-four days of her life, through diaries, letters and more, we can see Victoria up close and personal. Examining her face-to-face, as she lived hour to hour, allows us to see, and to celebrate, the contradictions at the heart of British history's most recognisable woman."

I really enjoy Lucy Worsley as a presenter of history programs for the BBC. She's a lot of fun to listen to as she shares her wealth of knowledge. She is the Chief Curator at the charity Historic Royal Palaces. I'm looking forward to reading this new book of hers. 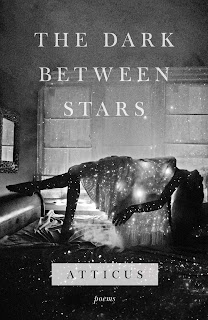 The Dark Between Stars
by Atticus (poems)
Was released September 2018

"From the internationally bestselling author of Love Her Wild comes The Dark Between Stars, a new illustrated collection of heartfelt, whimsical, and romantic poems from Instagram poetry sensation, Atticus."

I loved his book Love Her Wild. Although he is a 20-something author and I'm someone who hasn't seen the backside of 20 for several decades now, there was something in his writing that made me vividly remember being 20 again. He put into poetry some things I haven't thought of in years. As a writer of memoir, I was amazed at how vivid they were. I look forward to his new book.

I hope you enjoyed your visit. Let the weekend begin.
Wishing you grace and mercy for all that you need these days.