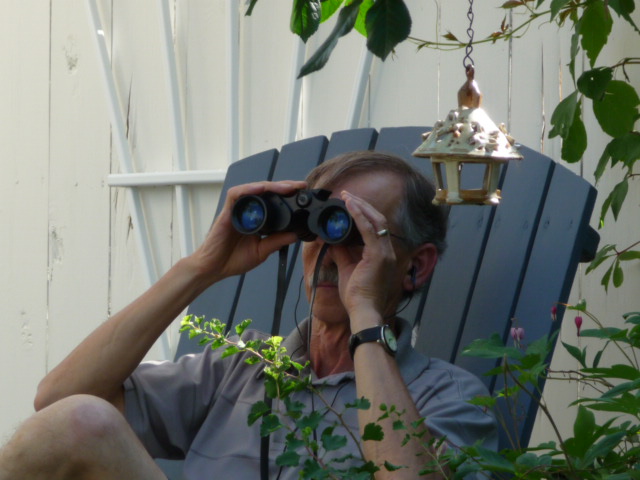 You may recall from the previous post, we've been watching the comings and goings of a pair of tree swallows this spring and summer. First, there was the courting and choosing of a suitable apartment, then came the nest-building and egg laying. Later came the rebuilding and starting over after another bird got in and destroyed the first clutch of eggs.

Time passed. We started hearing baby cheep-cheeps and as the young ones matured, they began poking their little heads out for a look at their new world, always waiting with open beaks for the next tasty insect. 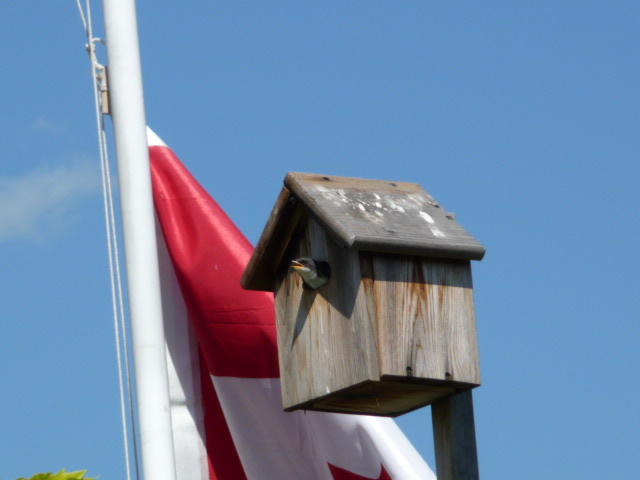 Today hubby was in the right place at the right time to actually see the inaugural flight of the two fledglings as first one, then the other launched from the box, taking to the air like pros as they followed their parents up into the blue yonder. We didn't catch it on film, but I just had to tell you!

Such a special day,
Brenda