Why It Really Storms In Summer 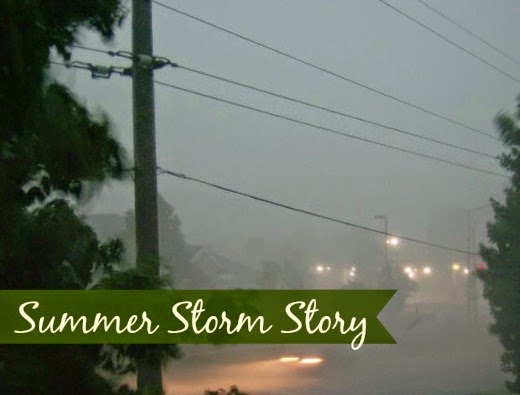 The other evening we drove home from a meeting through a HUGE summer storm. As the rain rivers pelted the vehicle and lightning flashed across the dark skies, my friend Zelda told us a little story she once heard...

A young lad was sitting at the kitchen table, not eating his spinach. His mother, unable to convince him to eat it, finally told him that God was going to be angry with him if he didn't finish his spinach.

Later in the evening, a big storm came up and the mother heard some noise in the kitchen. She went down and there was her son at the table eating the rest of his spinach. He looked up and said, "What a ruckus for a bit of spinach!"

So, now I'm wondering who out there didn't eat her spinach last night?
Hugs,
Brenda
xox